John Philip Sousa
​For an in-depth read about Sousa as well as my personal involvement with his music, click the following link:
www.paulsonmusic.com/Sousa.html
Sousa March Music - FREE DOWNLOAD
The USMC official website has an incredible website dedicated to the music of Sousa.
1) you can download free Sousa marches;
2) you can read history and performance notes of each march;
3) you can read AND print all the scores along with all the individual parts.
(click the following link - or the word 'website')
http://www.marineband.marines.mil/Audio-Resources/The-Complete-Marches-of-John-Philip-Sousa/ 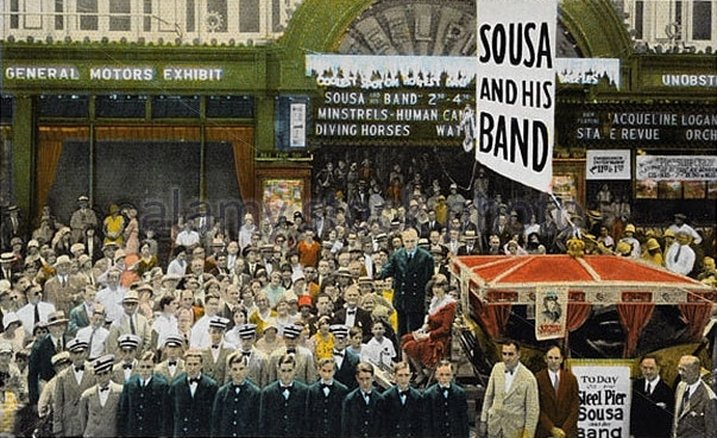 Sousa in Atlantic City, N.J.  (circa 1930)
OR...
Purchase the complete set of all marches now, if you desire...
(if you can't wait for the USMC to complete more volumes,
then here are two sites I recommend for online purchase. 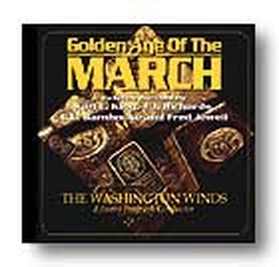 1.  "The Golden Age of the March"
(4 CD set - these also include other marches from Henry Filmore, etc.) 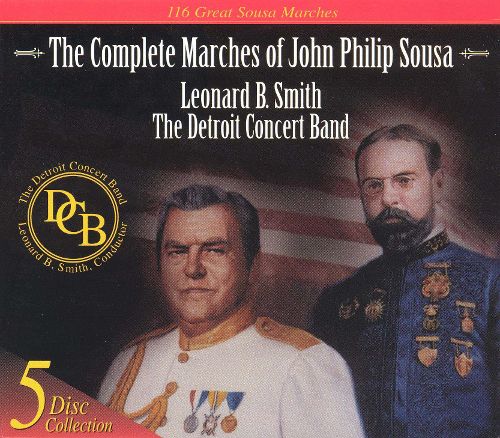 2.  "The Complete Marches of John Philip Sousa"
(If you want to purchase ALL his marches, I recommend this set...
...they are second in performance quality to the USMC band)
More 'Stuff' on John Philip Sousa
This is a short 'history' of Sousa - created by a young girl student.
Some of the 'cleanest' and most exciting and stirring music you will ever hear comes from John Philip Sousa marches.
Sousa is the person who coined the phrase, "canned music" and said that along with the invention of the phonograph, music will destroy America.  How right he was.

I say that Sousa music was written and performed at the peak of America's greatness; every time I hear a Sousa march, I get stirred.  When I hear 'The Stars and Stripes Forever' and see the American flags, I get tears in my eyes every time.
My own personal closest association to Sousa and his music have been: Sousa is a relatively unknown feature of America's history that has fallen by the wayside, as have many other facets of America's earlier days of greatness.  I read where the Sousa Band played the standard Bible hymns to 10,000 people one night at the World's Fair - with all the people singing along with the band.  What an experience that must have been.  THAT was what a real gazebo was used for!

In the late 1800's and early 1900's, every house had a piano and almost every club or organization had its own band, like businesses have softball teams today.  If they wanted to hear music in those days, they either had to play it themselves or hire out.  Today, we can barely keep a band in a school program let alone get an audience of parents to be interested in their kids enough to listen.  Few people can play anything but a CD or Ipod, etc. and have no clue as to the language of music, which would also include music history and theory - with some added performance skills!
A Few Comments About a March to Help You Listen Closer: