"Survey of Music in the KJB"

This is the sermon that sparked me to study music in the bible many years ago.
I was already a KJ1611B guy, but not following the risen Saviour through Paul, yet.  I was a music and bible teacher in Rochester, NY at the time (sometime around the 1980's).  I was in my early days starting to lead singing in a church of approx. 1000-1500 people – give or take a few…  But I was all fired up on the KJB but I also could already see how that KJB issue was starting to fade and music was just about to 'take off' there.

This was a time that CCM (Christian Contemporary Music) was just getting started in the country.  Steve Green, Sandi Patti and Amy Grant had just come onto the scene and “Christian music” was becoming rocky, flashy and popular.  This was when I was ‘thrown’ into the music issue as I was in charge of a large music program at this big Baptist church and school in NY and had started attending Christian music conferences – even went to visit Jack Hyle’s ministry in Chicago, etc.

Then, as I was leading singing for a pastor friend in Toledo, OH (Rick Sowell), an evangelist, who was one of my closer friends, came and did a sermon on “Survey on Music in the Bible.”  Unfortunately, at the time, he also was not into Paul, etc. nor did he teach anything on music that I have come to see by my own studies since I have been looking to Paul.

However, I remember sitting there totally engulfed with what he said about music in the Bible and how it was the second most important subject in the bible, second to Jesus Christ – with over 500 verses in the bible about music.  Right then, I decided that if I was a true Bible believer – and that I was heading into a serious music ministry with music arranging, directing, teaching, etc. that I had better check out ALL those 500 verses.

Well, after I completed my initial survey of those 500+ verses, my life changed forever.  I began to fight about music in every church we attended after that - not just the King James Bible, resulting over the next few years of me being ‘let go’ from ‘music positions’ in two churches – irritating a ton of Christians – losing most of my friends and family over my ‘stuff’ on music.  (not even counting my stuff on Paul that came later).

Today, by putting rightly dividing into the music picture, we all should have a tremendous amount of musical understanding and should be well aware of how to not let music become our seducing spirit that would cause us to be duped and deceived by music and all the worship stuff that is going on these days - more and more in all the churches.

I would highly recommend that you listen to this particular sermon.  1) you can see where I am coming from and what got me started; 2) Rex delivers a powerful sermon and he has a great ending that will help you see what folks are caught up in with the ‘sound’ that comes from music; 3) might help you grow in your understanding of music, too, even if it is just a beginning survey.

The preacher was Rex Harrison – he was an evangelist on crutches because he had polio in his earlier life.  He was blunt and spoke firmly as a  preacher – the kind that I liked at the time.

He also had been a bar pianist and singer, so from a music performer view, he knew what he was talking about when it comes to feelings and music – and how folks were at the time falling for the emotional element of music and how music can manipulate a person so easily.

It was a very powerful sermon to me and I just found the mp3 recording recently ( I thought I had lost it with all my other music sermons I lost when Bob died and/or when my hard drive crashed a while back this year.

I hope you can find the time to listen to this.  I also suggest you listen as 'non-distracted' as you can.  Excellent moments of concentration and meditation will pop up.  This is a good ‘starter’ for anyone if they have any kind of music interest or enjoy ‘Christian music’ today.

This was quite a long time ago, so can you imagine how much worse music’s influence has grown to by now?  But this audio can most certainly help you in your own music battles.

And if you have heard any of my stuff on music, you should already be aware of just how bad music has gotten for people.  It truly is a destructive element in the churches today as the words of the Lord have been replaced with worship music in just about every church – and in the homes and in cars as we drive around with our CD’s, headsets, etc. 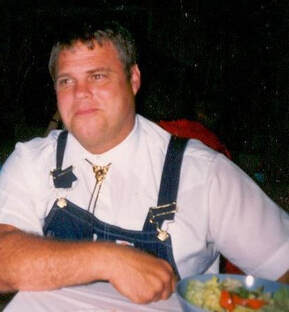